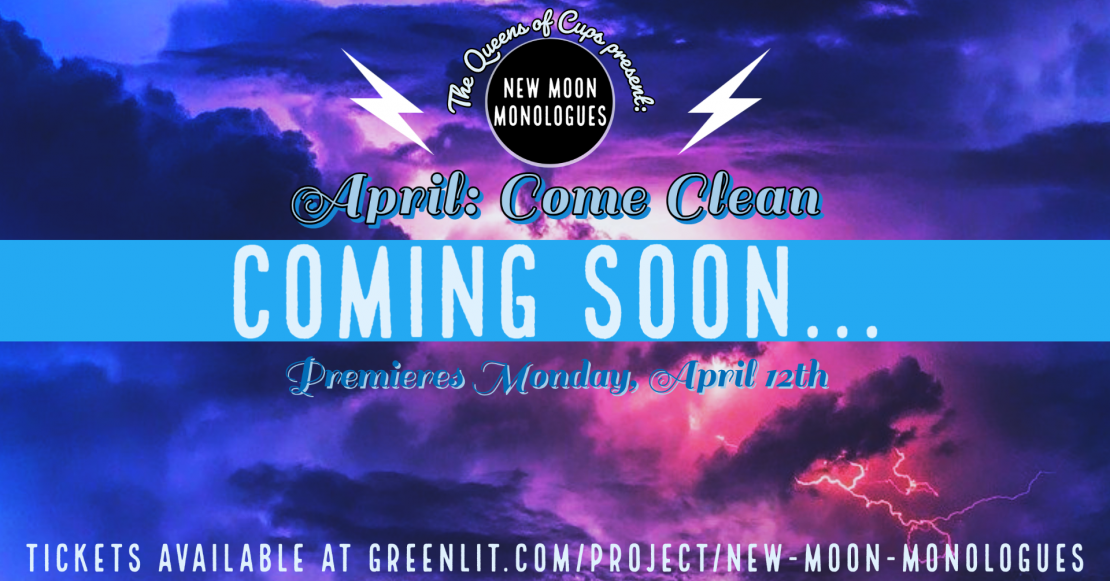 Erin completed her Playwriting master's at Royal Holloway, University of London, a PGCE in English with Drama at Middlesex University, and a degree in theatre at Brunel University London. She has taught English and Drama at secondary schools in London. Her one-woman play, "Bad Teacher" based on her experience teaching at a London secondary school, is set to debut at Underbelly at next year's Edinburgh Fringe Festival.

Paradise in the Late 90's

Bren’s play PROUD has been selected by ATG’s NWT( Studio) for their 2021 Autumn Premieres Season.

Bren has been commissioned by The G Lansbury Trust to write a play about the Poplar Councillor’s Revolt of 1921.The play  premieres at the 2021 Bloomsbury Festival.

"PK has been performing for more decades than seems possible or probable.  He has always had a passion for New Writing and that has been the case since he started acting and directing back in the 70's.

PK first worked with Bren last year for The Bloomsbury Festival in the critically acclaimed 'Invisible Me', he is very pleased to be working with him again for New Moon Monologues.

Cerys Bradley is a stand-up comedian, writer and podcaster. Described as "Slick and quick witted" by Diva Magazine, they are a member of the Soho Theatre Young Company, an Amused Moose semifinalist 2020 and have performed on BBC Wales as part of Stand-up Sesh.

Eleanor Faye trained at SA Performing Arts Centre in Newcastle, graduating early to make their professional debut in Sarah Daniels' The Gut Girls in their third year. Their career has been eclectic to say the least - Eleanor has stilt walked in a Middle Eastern circus, performed as a backing dancer for rapper Plan B and toured the UK with an outdoor Shakespeare company. They are currently longlisted for Orange Tree Theatre's Writers Collective and are developing their first full length play with their own company packitin productions.

Colin Mattox is a writer, comedian and podcaster from Iowa. His plays include The Fair's in Town, Visages, We're Never Gonna See Heaven and I'll Be Seeing You. His stand-up act has been called "self-indulgent even by comedian's standards". He is the former host of "The Popcorn Farmers Podcast", he currently hosts "The House is Open". He recently found out Oreos are vegan and that blew his freakin' mind.

Adrienne Knight is an actor, director, YouTube content creator, and Baltimore, MD native. She holds a B.A. in Theatre from Messiah College. Her body of work includes regional and community theatre productions including Stick Fly by Lydia Diamond (Taylor), Fabulation by Lynn Nottage (Undine), Doubt: A Parable by John Patrick Shanley (Mrs. Muller), Twelfth Night by William Shakespeare (Olivia), and Ruined by Lynn Nottage (Salima). Adrienne spent time touring the U.S. Midwest with CLIMB Theatre, an educational theatre company which focuses on the issues of bullying, alcohol and drug use, and suicide prevention in schools. She has also served as a teacher in Baltimore independent schools, teaching and directing middle and upper school plays and musicals. In her free time, she enjoys working out, traveling, and spending time with her friends and dog, Milo.

A Long Overdue Talk With Henry

Written by John Busser and performed by Pippa Winslow (she/her)

John Busser is an actor/writer/graphic artist in the Cleveland area. He is the co-runner of Cleveland Public Theatre’s writer's workshop, The Dark Room which helps new and seasoned playwrights test drive new work for a friendly audience of writers and actors. Blank Canvas Theatre recently presented Children's Letters to Satan (and Other Horrible Scribblings), a collection of 7 of his original plays. His play Under A Watchful Eye was made into a short film that was selected for the 2019 Greater Cleveland Urban Film Festival and the 2020 Cleveland International Film Festival. Various other of his 75+ short plays have been performed in multiple venues in Cleveland OH, Columbus OH, Houston TX, Atlanta GA, Vancouver BC and Croydon in the UK. A number of his works can be found on New Play Exchange at https://newplayexchange.org/users/34757/john-busser

TV/Film credits include THE CROWN and REBECCA for Netflix; ON THE OTHER FOOT; YOU, ME, AND THE APOCALYPSE; SERIAL THRILLER – ANGEL OF DECAY; SUSPICION: THE KILLING OATH; OBSESSION: DARK DESIRES; and BANGED UP ABROAD. Theatre credits include MAME, PERFECTLY ORDINARY, and THE EXONERATED with the Hope Mill Theatre; UK/Ireland tour of THE SOUND OF MUSIC; US tour of THE PHANTOM OF THE OPERA and M. BUTTERFLY; Slovenian tour of ANIGONA; West End productions of BURIED CHILD, HAMLET, OTHER DESERT CITIES, STRANGERS ON A TRAIN, A TALE OF TWO CITIES, and LEGACY FALLS.

Emelia is a theatre maker based in Oxfordshire. In 2019 she graduated with an MA Theatre Directing from Royal Holloway and has been taking writing and directing roles at every opportunity.

Hannah is a 24-year-old born and bred Birmingham (UK) girl, but you can now find her in Munich. Having studied Acting at BOA and Drama and Theatre Studies at Royal Holloway, most of her experience has been with the stage rather than on or behind the camera. She particularly loves storytelling, character work and finding the truth behind a role. Having graduated in 2019 she decided to move to Munich and teach babies the Brummie accent. She is hoping to experience the theatre industry over in Germany but due to ‘C’ who-must-not-be-named she is yet to make that happen.

Written by T.J. Lewis and performed by Manuel Pontes

T.J. Lewis is a black, queer, playwright based in NYC. He dedicates his time between writing, producing, management, and cultivating new work for the theatre community. He writes to promote the voices of LGBTQ and BIPOC youth and young adulthood in his work. When he's not in a meeting or hunched over a laptop he's longboarding, reading manga, or playing video games to pass the time.

Amy is a playwright from Nottingham and graduated from the Central School of Speech and Drama in 2017 with an MFA in Writing for Stage and Broadcast Media. She’s interested in exploring themes of power, esotericism and feminism in her writing and is a self-professed selenophile.

She is currently filming on The Princess Switch 3 (Netflix) and has just wrapped on The Syndicate (BBC). Other screen credits include, Love, Death and Robots (Netflix) and Emmerdale (ITV).

Rebecca Banatvala obtained a masters at RCSSD in Classical Acting and before that studied French and Arabic at Oxford University. She has written for the The Independant, is currently editing Deborah Grove's book, The Neurodiverse Actor and working on her own series.

Written by Rachael Carnes and performed by Daniela Hernandez-Fujigaki

Playwright Rachael Carnes received a 2020 Oregon Literary Fellowship, and has had productions of her work across the U.S., U.K., the Middle East, Canada and Asia, with invitations to develop work at the Inge Theatre Festival, the Kennedy Center for the Performing Arts Playwriting Intensive, the Midwestern Dramatists Center Conference, the Mid-America Theater Conference, the American Association for Theatre in Higher Education New Play Development Series, the Sewanee Writers’ Conference, the Lighthouse Writer’s Workshop, the Great Plains Theatre Conference and the Samuel French Off-Off Broadway Festival. Her work is seen in many literary journals. She founded a writer's collective #CodeRedPlaywrights dedicated to writing and sharing plays in response to Gun Violence. She and her family live in Oregon. www.rachaelcarnes.com

Daniela is an actress working in the DC Metro/Baltimore area of the US. When she's not acting she dedicates time to her small business. If you would like to support her and her work follow her on social media! Instagram: @dani_laflorecita or @losartesanosshop www.etsy.com/shop/losartesanosshop

Written by Jamie Lakritz (He/him) and performed by AJ Deane

Based in London and East Anglia, AJ is Theatre Director at the Bank Arts Centre and co-founder of QuirkHouse Theatre, an alternative professional company which specialises in new writing; he is also an actor, director, dramaturg, classically trained singer, and voice artist for hire. Like a gunslinger but less dangerous.

New Moon Monologues are a Queens of Cups production. Follow us across social media @thequeensofcups and check out our website: thequeensofcups.com

As a ticket holder, you are entitled to a digital phone background. If you have not already received yours, you can right-click and save the image below to your device. 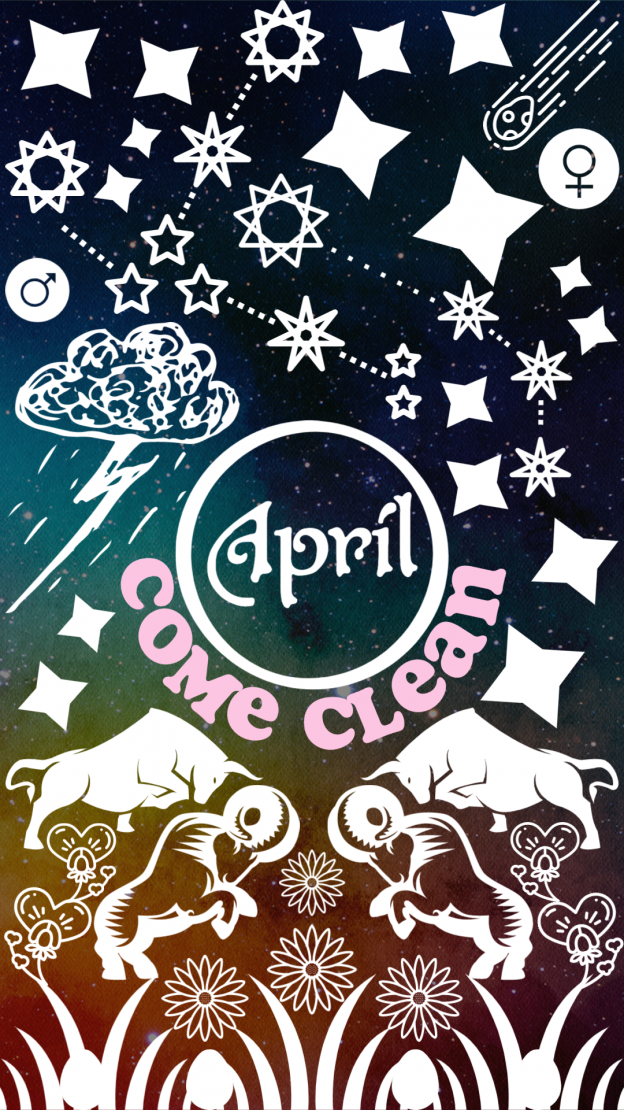