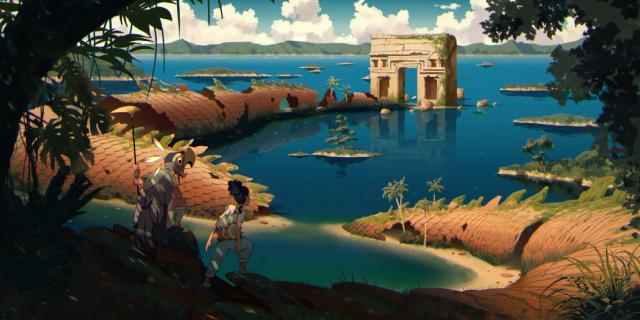 One of the pleasures of our work at Greenlit is getting to partner with creatives across all formats and genres. From experimental theatre to horror shorts, we think every project has an exciting story to share.

Betty’s Dream is one of those special projects that has clearly found and resonated with an audience. In a few short weeks, this animated film has raised an astounding £53,000 — and there’s still several days remaining in its campaign! In this month’s newsletter, we’re chatting with the film’s creator, Liam Engels, about how he built such a successful campaign and the unique development process for animated films.

An interview with Liam Engels, writer and creator of Betty's Dream.

Tell us about your film Betty’s Dream.
Betty’s Dream is a story that centres around a girl named Betty and her brother, Sami, who has a severe disability — but also the power to control his sister’s dreams. Once Betty enters Sami’s magical inner world, their bond grows and they set out on a life-changing quest.

What initially drew you to this special project?
I always wanted to write stories which would touch people’s hearts. For the longest time, I thought of different stories that could fit my cousin, Agnes, who had a tragic accident when she was 2 years old and has been in a vegetative state ever since. When I came up with the premise of Betty’s Dream in 2015, I knew I had stumbled onto something meaningful: a story which can evoke strong emotions in other people’s hearts.

What misconceptions do you think people have about animation filmmaking?
People often think animated films always have ‘happy endings’. In our film, Sami, one of the main characters, has a severe disability. He cannot speak, eat, walk, nor look anyone in the eyes. To give our film a ‘happy ending’ many might think to seek a ‘cure’ for Sami—make him walk, for example, or be able to speak. But we want to avoid this kind of trope, and propose a different transformation at the very end. One that remains heartwarming and does not disregard the experience of people with lifelong disabilities.
Why did you choose to raise funds specifically for a trailer, rather than a short film version of the story?
We wish to make a feature film, and we want people to feel excited about it — hooked — if you will. A short film could achieve this end as well, but at the expense of its intended quality. Animation is a very expensive art form, so we wish to prioritize making a high quality trailer over anything longer.

You’ve had such incredible success with your campaign so far! Over £53,000 raised, and you still have 5 days to go. Why do you think your campaign has seen such great results?
One of the main reasons for our success is that we put a lot of energy and time into developing the story and communicating it to the outside world via social media. Everyone out there who has been following our campaign knows exactly what they are donating for. On another level, the story is very personal to me and the rest of my family, and I have been talking to them about this project for a very long time. So, when we launched our campaign, I already had the support of my entire network (and I was born into a very large South American family!). Thirdly, our team is incredibly talented and experienced. People out there trust that we will deliver the highest quality trailer and make this film as beautiful as it ought to be.

Did anything surprise you about the crowdfunding process?
What surprised me the most is the number of inspiring and heartwarming messages that we have received. Many of them came from my own family — from distant cousins and aunts (some of whom I haven’t even met!). But we also received several candid messages from people who connected with our story on a personal level, and saw the value in what we are trying to create.

Do you think crowdfunding is a good solution for independent animation filmmakers?
I have written several stories intended for animation, but the only one which I would crowdfund is Betty’s Dream. This is because I do not yet have a strong online presence, from which I can pool thousands of individual donations. As such, I had to tap into my personal network. And due to the nature of this story, I was able to rally my entire family and all of my friends, knowing that it would be meaningful to them, as it is centered around my cousin, Agnes. But yes — broadly speaking — crowdfunding is a good solution. It either makes or breaks your film. And either outcome can help you as a filmmaker realise whether the world is interested in your project, if you should overhaul it or if you should develop something else.

Animation has such a unique timeline and process compared to other genres. Once you’ve finished your campaign, what are your next steps?
Over the course of the next year or so, we will produce a trailer for Betty’s Dream. Once we have finished the trailer, we will partner up with an animation studio that has a strong track record in producing feature films. With the backing of a great studio, we will pitch our story to a distributor, like Amazon, HBO, or Netflix. Ultimately, the chosen studio will manage the production of the feature film.

Lastly, what kinds of stories would you like to see more of?
Honest stories, daring stories, disenfranchised stories, stories from around the world. A lot of the time, it feels like the animation industry recycles the same stories, over and over again. This might be a consequence of the fact that for over a hundred years, men in Los Angeles were in charge of writing, greenlighting, and producing films. The industry is rapidly changing, and bold films are being produced all over the world. Even at Pixar things are starting to change: finally they gave a woman the chance to direct her own feature film. And whether you like Turning Red or not, it is certainly a daring, bold and beautiful film!

To read the full interview, subscribe to The Creative Crowd — Greenlit's newsletter for crowdfunding and creative industry insights.