Borders is a story about two potential enemies that meet on Grindr.
Written by Nimrod Danishman and directed by Neta Gracewell, it’s the debut production of Junction Theatre & Performance.
Support the first performance run of this beautiful and important LGBTQ+ Middle Eastern story and help us bring Borders to audiences across the UK!

Want to get in the mood and vibe to Middle Eastern rock and pop? We got you all sorted!
Get exclusive access to a special playlist Bar has put together, carefully selecting the best tunes from the region from the early 2000s to now!
The playlist will be available for supporters of this reward on Spotify. 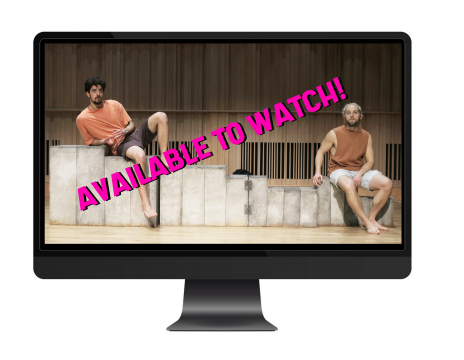 As a thank you for your support you'll get exclusive access to a private link with a professional recording of the show!

A signed poster, program, a personalized thank you on social media, private link to watch the show and a T shirt!

We appreciate your incredible support! As gratitude we will offer 2 tickets to the next Borders performance, access to watching the show online, 2 signed programs and posters and 2 Borders T-shirts!