Ewan and Tim are stuck. After a much regretted, spur-of-the-moment invitation leads them to a hike of the Wiltshire hills, with the dark coming on they’re beginning to realise just how little they have in common. A play about standing stones, the solar system, and putting one foot in front of the other. Friendship is written by Kit Brookman and directed by George Nichols, for VAULT Festival 2022.

You can make a pledge to support Friendship without a reward. The minimum donation is £1.00.
Social Media Call-Out 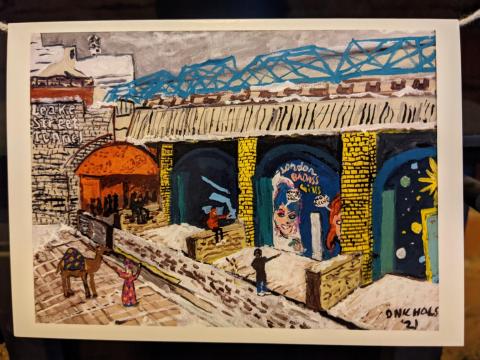 A personal message of our bottomless thanks on a handwritten Leake Street Arches Christmas card. 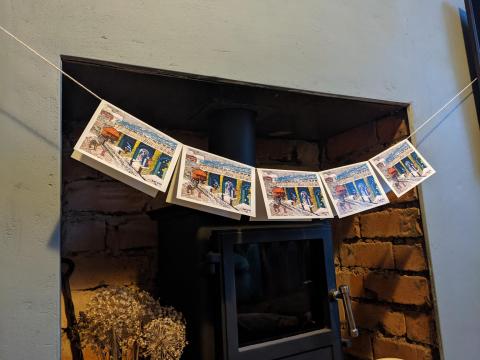 We will send you:

. 6 original Christmas cards of VAULT Festival in the snow
. Cards painted by Dan Nichols
. Envelopes included
. A thank you note from our team

A copy of the script of Friendship, released to you once the run has finished. Also includes a hand written thank you card.

. A copy of the script for Friendship, released once the show is complete.
. A set of 5 original Leake Street Christmas Cards sent to you in the post. 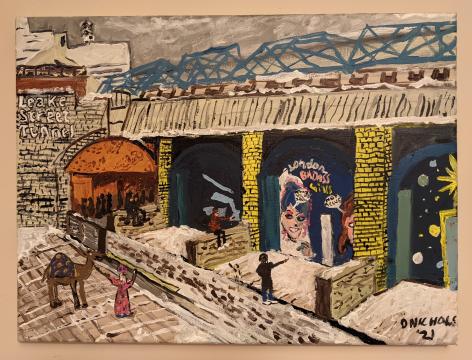 A one of a kind, original painting of Leake Street Arches where Friendship will be performed as part of VAULT Festival 2022. This piece was commissioned specifically for this campaign by painter Dan Nichols. This also includes a ticket to the show, 5 Christmas cards of the same print and a hand written thank you for your generous support.