A closeted gay man’s life spirals out of control when an ex lover comes back from the dead, threatening to out him to his family.

You can make a pledge to support Garbage Man without a reward. The minimum donation is £1.00.
A Shoutout on Social Media! 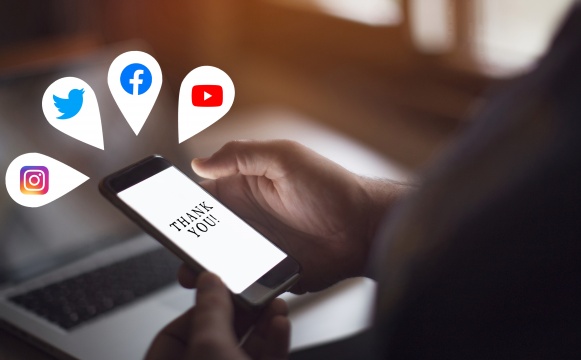 You get credit where credit is due by getting a shoutout on our official Instagram, Twitter and Facebook pages! You'll also get a shoutout on the community tab on Finn's YouTube channel, with more than 25,000 subscribers! 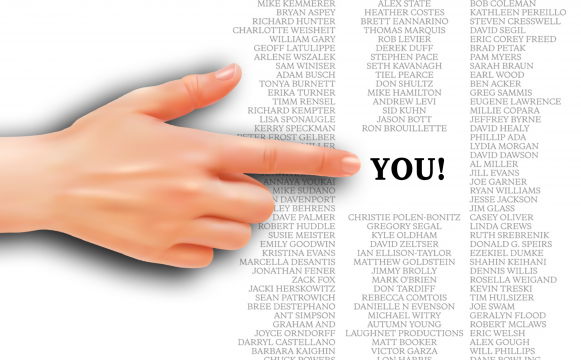 You get a very special thank you from the bottom of our hearts by getting your name planted firmly in the credits!

Plus! Access to a weekly newsletter detailing updates on the film's production.

Also includes a Shoutout on our official Social Media

£25.00
Digital Copy of the Film! + the Soundtrack, the Screenplay, the Concept Art and even more! 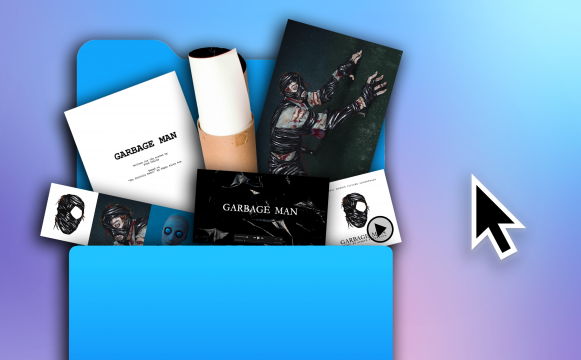 Once the film has been finished and ended it's festival run, we will send you digital copies of:
• the film! Realised in 4K (with an optional subtitle track)
• the film's original soundtrack, composed by Simon Petersson
• the film's screenplay
• the film's official poster (27"x40")
• a set of three HD icons of the Garbage Man (and three of the Guest too!)
• & full access to the film's concept art and pre-vis

All to have and to hold for the rest of your life!

£50.00
A Sneak Peek Online Screening of the film! + a Signed Crew Photo, a random BTS Polaroid and a personalised thank you video! 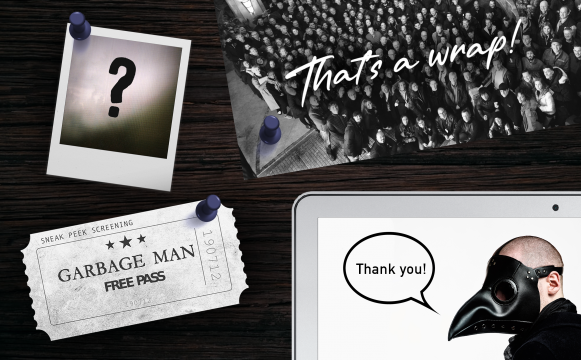 See the film before anyone else with this special link to a private online screening of the film, long before the film goes public online! What fun! You'll also receive:

• a physical Signed Crew Photo!
• a physical behind-the-scenes polaroid, taken on set! Chosen at random!
• & a personalised thank you video from director Finn Callan where he thanks you by name!

£90.00
Exclusive Crew T-Shirt! + The Film's Screenplay, signed by the Cast and Crew! and the film's soundtrack on CD! 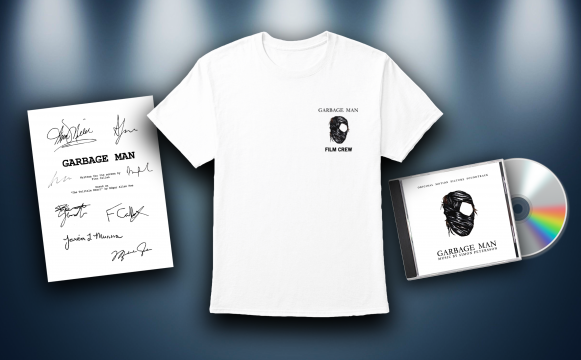 The shirt that the crew will wear on set, now owned by you too! You can strut that style! Look all official and confident! Comes in all sizes! Plus, you'll also receive:
• a physical copy of the film's screenplay! Unabridged and signed by the cast, crew and director!
• a physical CD containing of the film’s soundtrack! Physicalised and ready to be held in the palm of your hand! Stick it in the boombox and jam! 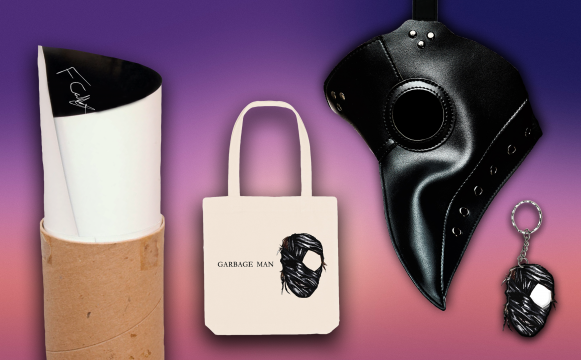 The poster of the film, but in real life! Blown up massive and signed for you to hang on your bedroom wall! The terrors that await you... Also includes:
• an exclusive Garbage Man design tote bag, to carry your stuff around town!
• an exclusive Garbage Man keychain, to ward off key thieves!
• & Finn's Mask! The very real thing! Signed by the man himself on the interior, perfect for parties and preying on innocents from above! 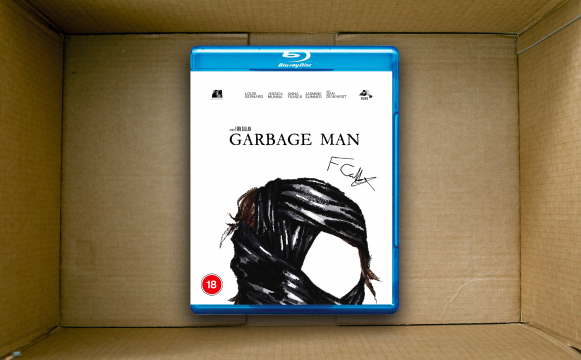 Collector’s edition! Stocked to the brim with extras! An exclusive director's commentary and behind the scenes footage you won't see anywhere else! Signed by the director! Really, what more could you ask for? Get your copy now!

£500.00
Associate Producer credit! + A private zoom call with the Director! 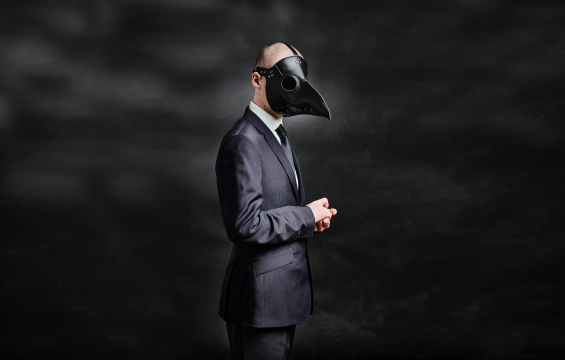 An Associate Producer credit! You're in need of a special thanks from us, which is why you'll also receive:
• a private zoom call with writer/director Finn Callan to discuss the film and whatever else may be on your mind! 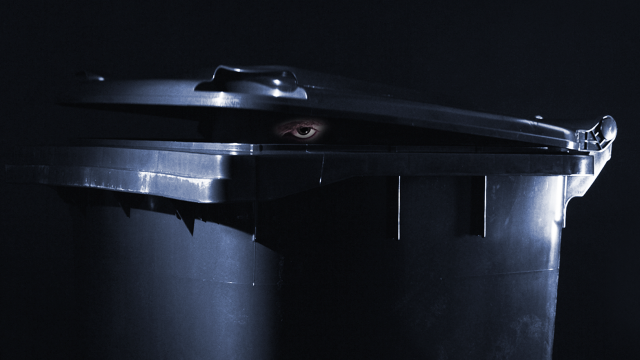 A fully iMDb certified Executive Producer credit! The highest honor, we salute you! Plus... your name will go on the poster! The one that you will also physically own as well! AHHH, now that'll be a conversation starter and a half! Thank you so so much!