Rabbit Hole is a hybrid live-digital show about conspiracy theories. It asks why we believe the things we do and how healthy curiosity can turn into a dogmatic mistrust of mainstream narratives. 5 performers take the audience through an interactive, subversive, and surprising world. First created by Feral Bird Theatre in 2021, and supported by New Diorama Theatre, the Cockpit, and Applecart Arts

Delve deeper into the world of conspiracy theories by getting access to the resources used to create RABBIT HOLE. You will receive a list of things to read, watch, and listen to, and you will also receive a PDF full of top secret digital artwork (so secret even we don't have access to it until after the R&D finishes).

We will put a secret message* from you into the show. No need to worry about your message falling into the wrong hands, we will deliver it personally to our digital world. One ticket to our Living Record Festival online performance (on the 11th or the 12th of February) included.
*Be nice! No hate/derogatory speech accepted! 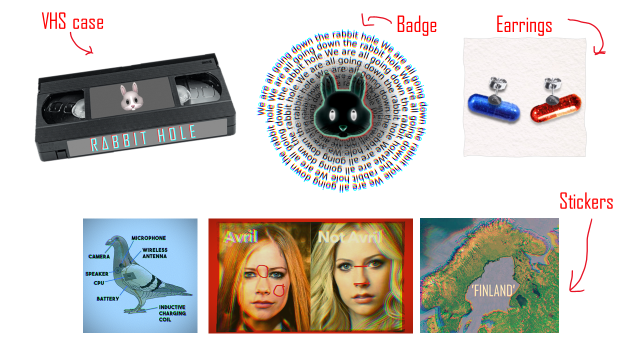 Receive a pack with some fun accessories* for the curious and open-minded! &#13;
Δ Conspiracy Theory DIY Kit &#13;
Δ ‘Birds aren’t real’ + ‘Avril Lavigne is a clone’ + ‘Finland doesn’t exist’ stickers&#13;
Δ Mini silver hat x 2 - protect your thumbs from mind control!&#13;
Δ Red pill/blue pill handmade earrings, filled with fairy dust (it's glitter guys... Don't believe everything you read! We all know fairies hibernate in winter)&#13;
Δ ‘Down the rabbit hole’ badge&#13;
All inside a secret VHS tape allegedly recovered from the CIA’s archives&#13;
&#13;
*If the products you receive are a bit different from the ones pictured

(20 remaining out of 20)
£35.00
Secret Keeper Initiation: Workshop with Humira on digital theatre

Want to be one step closer to being a digital wizard? From Zoom to Kumospace and more, learn all about using digital tech in theatre making during a 45-minute online workshop with Humira, our Creative Technologist!

(20 remaining out of 20)
£40.00
Secret Keeper Initiation: Workshop with Iarina on producing and studying theatre in the UK

Interested in budgets, marketing, and all the nitty gritty of production? Want to know what a UK
Masters in theatre looks like? Join our producer, Iarina, on a 45-minute online session about her time as an international student of Creative Production at Mountview Academy of Theatre Arts.

(20 remaining out of 20)
£40.00
Secret Keeper Initiation: Workshop with Julia on making and performing in interactive and immersive theatre

Want to know about our creative process and how to generate and develop an idea from seed to….rabbit warren? Learn all about making and performing in interactive and immersive theatre during a 45 minute online workshop with our lead creative, Julia. 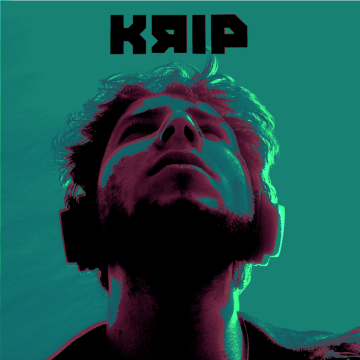 KRIP, a young Eastern European artist, has created some fantastic music for the Rabbit Hole project. Get a CD of this music plus the rewards in 'Join Our Community' and 'Open Your Mind'. We can neither confirm nor deny whether the music contains subliminal messaging.

This reward gives you production credits and complete supervision over our Research. We will report back with monthly updates (newsletter) and you'll have access to behind the scenes content. 'Join Our Community' and 'Open Your Mind' rewards included!

Blow the lid off something big! We will put a reference to a conspiracy theory of your choice* into our show & we will credit you as co-conspirator. Plus you will get the rewards in 'Join The Community', 'Open Your Mind', and 'Secret Message'.
*We won't accept derogatory submissions, hate speech or any other type of 4chan language.

This reward gives you security clearance to obtain an annotated copy of our final script AND join us for after show drinks with the director and cast. Ticket to our final full length show included!

We'll make a digital shrine to you in our show. You are now part of the conspiracy. We will include photos and any other material or information that you send us to devote a corner of our world entirely to your existence! This reward also includes the following:
Δ 2 tickets to up to 3 performances
Δ Social Media Shoutout
Δ Production credits
Δ Any other reward from the list above, your wish is our command!