Determined to escape an arranged marriage Rhiannon, a Celtic Horse Goddess, rides forth in search of her ideal husband, Pwyll, Prince of Dyfed. Based upon the Mabinogion story, this short medieval fantasy drama film follows Rhiannon on her quest for true love, inevitably to endure heartbreaking consequences. An English/Welsh language film starring Bethan Rose Young and Rhys Downing.

You can make a pledge to support RHIANNON without a reward. The minimum donation is £1.00.
Social Media shout out

A secret link to view the finished trailer 48 hours before the official release.

A paper copy of the twelve page short film script, signed by the title cast and writer/director. 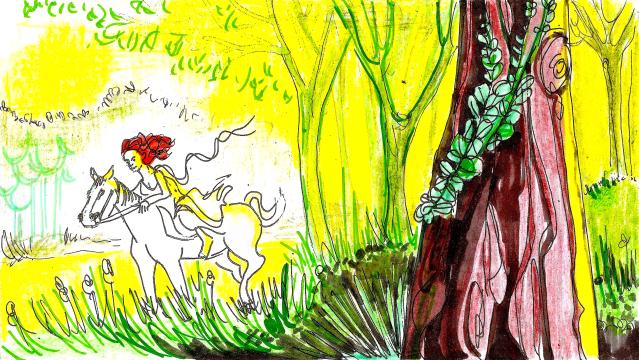