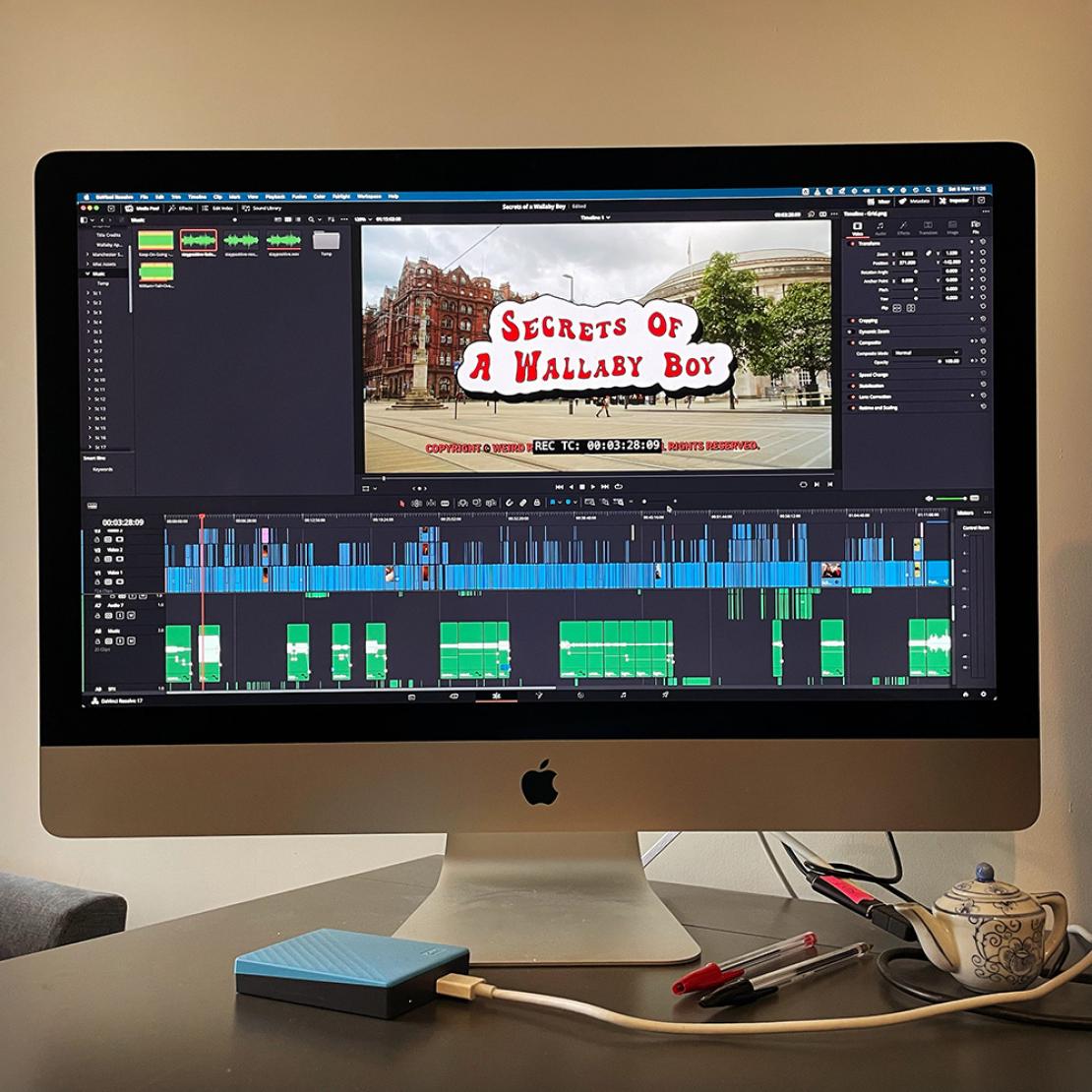 After a few busy months of editing, re-editing, and tampering, we’ve finally got a picture lock on Secrets of a Wallaby Boy. That means that the film is now being worked on by the rest of our post-production team – there’s still the colour grade, the audio mix, and a load of VFX to do, but we’re well on track to have this completed by the end of the year.

And, we have some exciting news to announce about the soundtrack. Not only do we have an original score in the works from composer Robert Drane, but the film will also feature the single “Keep On Going” from Manchester-based post-punk trio LIINES, and original song “Stay Positive, Tim Coaster!” from singer-songwriter Ric Cowley.

All in all, things are bouncing along nicely, and we can’t wait to start sharing the finished film in 2023.