CEO and Head of Film

Peter is the Founder and CEO of Greenlit and takes special responsibility for overseeing film activities. A graduate of Queen Mary University, London and of the Royal Central School of Speech and Drama, Peter began working in film lighting, across all kinds of productions from the smallest student shoot to Hollywood blockbusters.

A change of direction led Peter to study finance at London City University’s (Cass) Business School, and he went on to work in film finance, technology startups and in property development. He then went on to launch Greenlit in 2019.

“I set up Greenlit as a response to seeing too many talented people shut out of the creative industries. It’s rarely a lack of talent, and almost always a lack of capital, social capital and confidence – and those are things we can help with. It’s also a complete buzz working with creative, energetic people – some of the best times in my life have been down to the camaraderie you get being part of a team, in a play, on a film set, in a band. For me, Greenlit’s just like that.”

Head of Creativity and Head of Music

Magdalena is an experimental filmmaker, musician, and performer.

In her role with Greenlit, Magdalena explores new markets in the creative industries and develops innovative products, tools and services for our creative clients, always searching for better ways to help artists bring their projects to life and connect with their audience.

Born and raised in Bavaria, Germany, Magdalena discovered her love for reading, writing poetry and music early on. She went on to study Vocal Performance at the State University of Music and Performing Arts in Munich. After three years, she left the university in order to pursue a career in contemporary music and co-founded the German electronic rock band Eycromon. They released two studio albums and a variety of self-produced music videos and played shows alongside such bands as Clan of Xymox, Combichrist and The Invincible Spirit.

In 2015, Magdalena relocated to London to take screenwriting classes at Central Film School and pursue filmmaking. She co-produced the award-winning short film The Power of One Coin (2018) after raising £30,000 for the project via crowdfunding, line-produced Sergei Alexander's feature debut Your Eyes on Me (2019), and wrote and produced the short dramas Trinette (2019) and Sacrifice (2020), for which she also composed the soundtracks.

Since 2019, Magdalena has collaborated with Cine Circle on several of their event series and festivals, including the Cine Circle Festival and the Women In Film Festival.

In 2019, she began recording music as Madil Hardis and has since released 7 EPs and 15 singles. In 2020, she appeared as a guest singer on Ashbury Heights' hit single "Wild Eyes". Magdalena is also active as a coloratura soprano and actress.

Head of Community and Head of Theatre

Originally hailing from Baltimore, Maryland, Grace is a theatre director and producer (and occasional writer, actor and singer) based in London. As Head of Community at Greenlit, Grace draws upon her experience as a creative and a former teacher, working to guide creatives through their crowdfunding journey.

She’ll be the first person you meet when you embark upon your Greenlit journey, helping you plan your strategy and refine your page before launch, and be your key contact during the campaign process. She also hosts various events for the Greenlit Community, including live videos, various workshops, virtual party games, and our new weekly event, Funding Fridays. Grace wants to make sure you always feel supported and connected to other creatives during your time at Greenlit; crowdfunding should never be a lonely task!

Grace also serves as the Head of Theatre at Greenlit, something near and dear to her heart.  After completing her second master’s degree, studying theatre directing under Katie Mitchell OBE, at RHUL, she co-founded The Queens of Cups, a production company focused on making women-led comedy and championing underrepresented and emerging voices. Grace additionally holds an MA and a BA in English, and a BFA in Musical Theatre, her greatest passion.

She is currently producing and directing a new writing night, New Moon Monologues (a project she funded on Greenlit), which is shifting from the digital sphere to live performances at The Space Theatre in May 2021. She is very excited for theatre to be coming back and is planning to bring her artistic partner’s one-woman play, Bad Teacher, to Edinburgh Fringe at Underbelly Bristo Square when the festival returns. 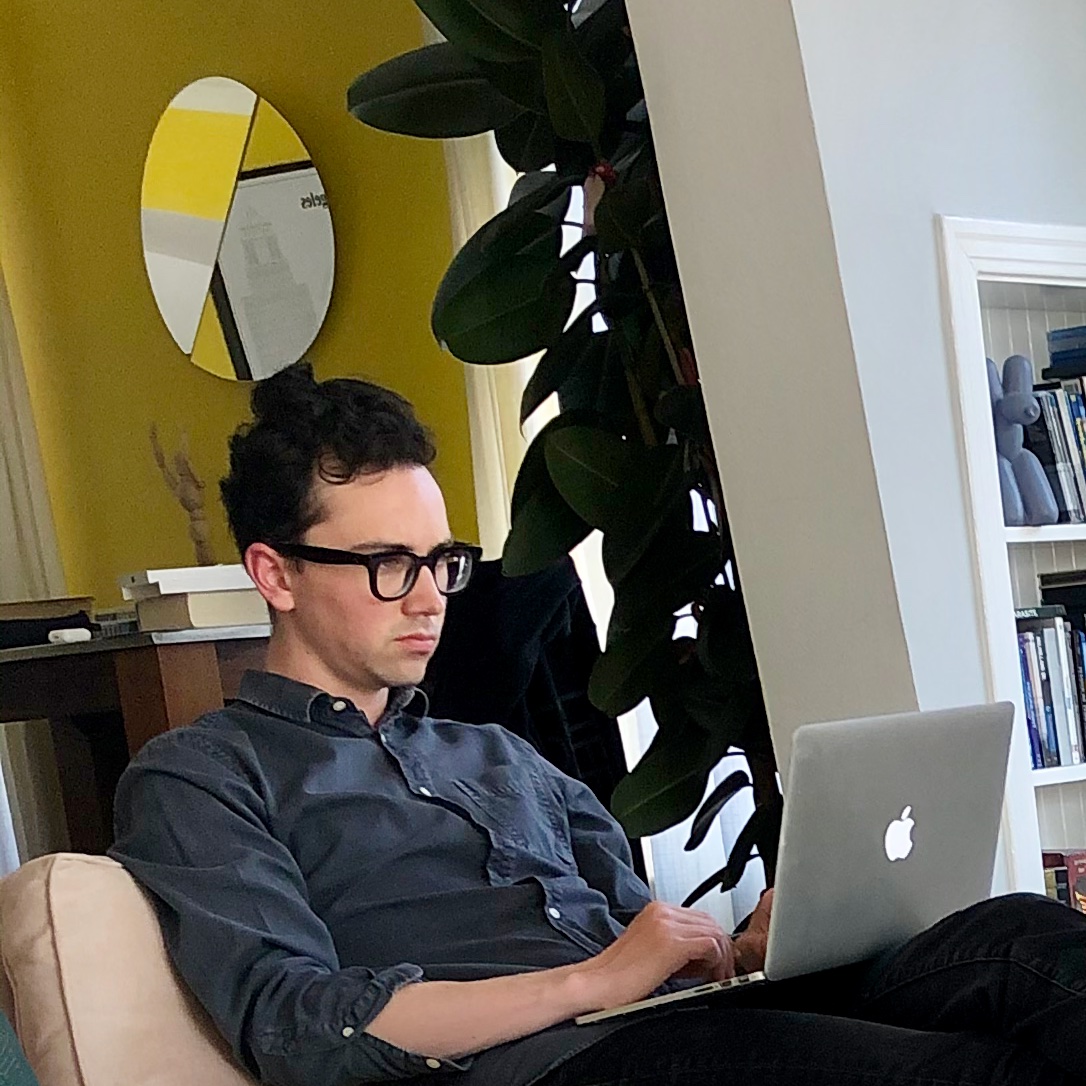 Phil is a writer of historical fiction and screenplays. As Greenlit’s Head of Communication, they focus on telling Greenlit’s story, from press releases to overseeing the company’s social content and outreach. They are excited to be working with creatives to help them share their stories and passions with the world.

Phil is new to London, having moved just last year from sun-drenched Los Angeles, where they lived the Hollywood cliché — working a studio job by day and writing by night. They worked for several years in the marketing departments of film studios such as Universal Pictures and Sony Pictures Entertainment, where they developed digital marketing campaigns for films such as Little Women (2019), Once Upon a Time… in Hollywood (2019) and Mamma Mia! Here We Go Again (2018).

Phil is a graduate of New York University’s Tisch School of the Arts, where they received their BFA in Film & Television. They are a Master’s candidate at the University of Warwick’s Writing Programme. Phil is committed to telling the stories of queer lives erased by history. They are currently writing The Figurehead, a historical novel set during the Italian Renaissance. They recently finished scripting a miniseries set in the queer disco scene of 1970s New York.