How is theatre bouncing back? 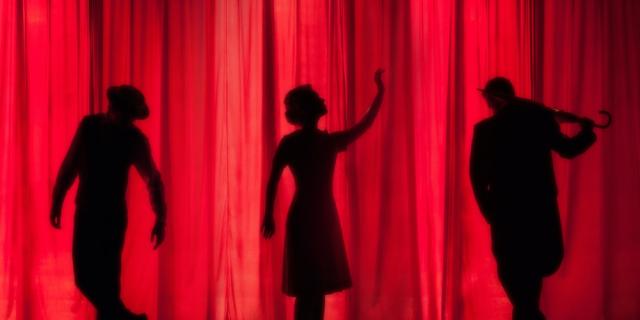 While Greenlit has been keeping busy on the film festival circuit, we’ve also been building our presence in the theatre scene by partnering with organisations like the upcoming VAULT Festival and the London Playwright’s Workshop. Not only does Greenlit help filmmakers, but we also work with theatremakers and producers to find their audience and raise funds for everything from a single performance to nationwide tours.

Theatre has been one of the creative sectors hardest hit by the pandemic, but stages across the world are finally turning their lights on once again. To talk about what theatre looks like today, and what it might look like in the years ahead, we’re joined by Kimberley Andrews, a co-founder of the London Playwrights’ Workshop.

An interview with Kimberley Andrews, Head of Writer Development at the London Playwrights' Workshop.

The London Playwrights’ Workshop is a non-profit company which offers workshops, courses, mentoring and many other resources to emerging playwrights.

Kimberley, tell us a bit about yourself. How did you start London Playwrights Workshop?

I started London Playwrights back in 2013, with my friend Alli Smith. We’d finished our MA in Text & Performance Studies at RADA a few years previously and were trying to make our way in the world as emerging writers but we felt there was a gap in terms of being able to find playwriting resources all in one place. So London Playwrights was born as a blog which shared the latest playwriting opportunities! Since then, we’ve grown and branched out into writer development opportunities, workshops, and our membership scheme which offers playwrights further resources and discounts.

We’re very excited to have the campaign for your upcoming festival on the site. How did the festival come together?

We’re really excited too! The festival came together when we became an Associate Company of the fantastic Lion & Unicorn Theatre earlier this year. They have an amazing track record for producing new writing so we wanted to make the most of the possibilities which arose through partnering with them. We’d already been working with several writers through our mentoring schemes and Play Club initiative, so we jumped at the chance to showcase their work!

How had the theatre landscape changed since things began to open up this past May?

I’m noticing a real sense of excitement that we can make and see live theatre again. I think people are keen to get out there and get their work on stage and see as many shows as possible. I also think the use of digital platforms such as Zoom readings has changed the landscape considerably — emerging writers are realising there are more ways to get their work seen than the traditional route of submitting to theatres and waiting for a response. Now we’re able to watch the work of interesting writers who might not yet be in a position to produce their work in a theatre. Anything which makes playwriting more accessible is a win in my eyes!

How have you curated workshops that are tailored to London Playwrights’ membership over the past year?

Lockdown meant we had to move all of our workshops online, but this turned out to be a good thing, as we can now reach writers all over the world and offer our courses at a much cheaper rate, since we aren’t having to hire space in London. As a result, we’ve noticed writers are keen to take part in much more experimental workshops, such as writing abstract theatre and adapting Shakespeare. Also, with the upsurge in podcast drama, people have been eager to learn more about writing for audio platforms, so that’s something we’ve been offering a lot of and plan to continue to do so.

Yes, I can imagine! I think after lockdown, people just want to get their work off the ground and to make things happen for themselves. I think it’s really important to build a community around the work you’re creating. Obviously, that might start with friends and family — but beyond that, it’s worth thinking about what you’re offering and how you’re perhaps even improving the world a little bit through your work. In our case, we’re trying to create a level playing field for playwrights. We’re also helping ten writers to realise their dreams of getting their work on stage. I think it’s great if you can let people know that what they’re supporting is really worthwhile.

What subjects or themes do you think are currently resonating with audiences and creatives?

I think living through a pandemic has created an appetite for themes which explore how we live and interact with other, re-evaluating what is meaningful living in society today. So whilst I think there’s an argument that people don’t want to watch plays directly about Covid, the pandemic definitely sparked off ideas and themes which audiences want to explore as they process the events of the last couple of years. That said, I think audiences also want to see fun, experimental work which entertains and cheers them up after a lot of gloom and doom!

What advice would you have to people who want to cultivate their own community of creatives?

Start small by finding a group of creatives who share the same aims or concerns. When Alli and I started London Playwrights, we were just two emerging writers who felt similar frustrations and looked for a way to improve things. Once we started trying to do that, we found others who felt the same and things snowballed from there.

Remember too what you’re trying to do and why, as people respond to authenticity and you can start to build support from there.

Following on from that, and it might sound a bit boring, but I think it’s really important to be reliable — and this is why starting out small is a good thing! So as you build your community, people know what you do and what you offer and trust that you’ll deliver on it. I think you’re far more likely to get support from others this way. For example, lots of those in our community who support us now found us through our Opportunities Round-up which has gone out weekly for over eight years. Build things up slowly rather than trying to start out big!